Aura Soma – ‘You are the colours you choose’

Aura-Soma™ is more than a healing system.

It is a tool for raising    consciousness and creating balance – a non-intrusive and self-selective ‘soul therapy’ in which colour is the key.

In Aura-Soma it is often said “You are the colours you choose”. When we talk about the colours we are also talking about the 3 energies that come together in the Aura Soma range; the mineral kingdom, the plant kingdom and hue-man kingdom (or) world of colour and light.

The Equilibrium bottles are the heart of Aura-Soma.  There are at present over 100 (mostly) dual coloured bottles that contain the energies of plants, crystals and colour. They are living energies and interact with our energy field when we stand in front of them.  The base fraction consists of water (some of which comes from Glastonbury Well in England), herbal extracts, colour and crystal energies, while the top fraction is derived from vegetable oil, essential oils, colour and crystal energies. 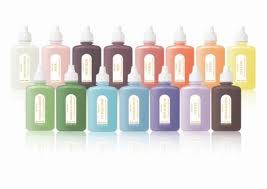 Aura Soma creator, Vicky Wall went on to develop the 15 Pomanders – each  containing a mixture of 49 herbs and essences in different proportions according to the colour that is used.

All pomanders have an alcohol base so that they can be easily absorbed through the energy field and are considered protective – each colour adds another dimension to the protection.  They work with and affect the auric field, specifically energising the bio-energetic and electromagnetic fields surrounding the physical body. They provide protection for people who are in the process of opening up.

These were closely followed by the 15 Quintessences – they work in the lower and upper fields of the astral body on the more subtle fields of the aura.  Quintessences facilitate the flow of energy and invoke the most positive energies of the colour ray to which they are connected.  They also invoke into manifestation our own related qualities.  They are an invitation and an inspiration from and to spirit and each (apart from 2) align with one of the Master Equilibrium bottles. 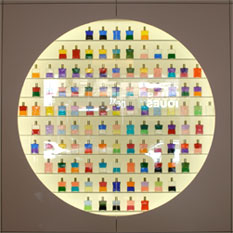 Aura Soma is an ancient knowledge that has been reborn and revitalised into a living energy system easily accessible to all.  It speaks in a universal language through beautiful bottles of rainbow coloured oils, special essences, Pomanders and Quintessences.

The colours chosen reflect the needs that we have hidden within ourselves. Our colour choice helps us to recognize these needs at a deep level providing a bridge of communication between the self and the soul. This is known as The Rainbow Bridge.

Therapies, functioning in a similar way are said to have been practiced in the healing temples of ancient Egypt and ancient Greece, by the Essenes and other societies and cultures.

The coloured oils in the Equilibrium bottles, the Pomanders and Quintessences help to bring your being into a state of balance through the colour and energy connection with your auric field and chakras.  They may help to increase your self-awareness and create a harmonious sense of comfort around and within yourself.  Your colour choice reflects your very personal needs and helps you to find a more true understanding of your potential and purpose.

What does Aura-Soma mean?

The meaning of Aura; a word from Latin which means, “light, akin to air, a slight breath, vapor, a shimmer” and refers to the electromagnetic field surrounding everyone.

Soma is the Old-Greek word for “body”.

The history of Aura Soma

Aura-Soma and the Equilibrium bottles were created by Vicky Wall, a British Chiropodist and pharmacist, healer and herbalist who had dedicated her life to spiritual research and the treatment of illnesses with plants.
Like her father before her, Vicky Wall was endowed with ”second sight”; in other words, she could see the aura that surrounds all human beings. Her father belonged to the deeply religious Hebraic group known as Hassidin, and was very interested in the mystical aspects of the Bible. He was a Master of Kabbalah and Zohar, traditions from which he inherited knowledge of the medicinal and therapeutic uses of herbs and other plants.

In the early 1980s at age 66, Vicky became completely blind. After this, she began to ”feel” a voice inside her, inviting her to create these magical bottles, which divide the watery from the oily essence of various plants. Vicky used to say that ”antique memories” came back to life as the colors of the bottles took shape in her mind.

When she received the first formulas for the Aura-Soma substances she had the impression that they were being transmitted to her with input from her father, Abraham Berne, who had passed on some years earlier. Her hands were guided to initially produce the ingredients in the bottles; 50% oil and 50% water; the exact proportions that are ideally suited to penetrate the skin. They were produced with no artificial stabilizers.

At first these bottles were thought of as cosmetic, but as time went on it turned out that they had an extraordinary healing effect on people.

Today, there are millions of Aura-Soma users worldwide as well as thousands of trained practitioners.